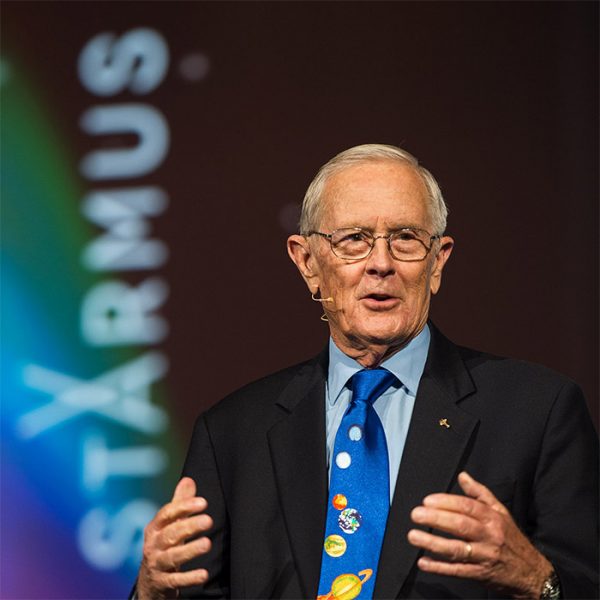 Participated as Orion lunar module pilot on the Apollo 16 mission in 1972 and explored Descartes. The Apollo 16 mission is considered one of the most successful, due to the number of experiments performed on lunar terrain, and the amount of rocky material brought to Earth.

Apollo 16 (April 16–27, 1972) was launched from John F. Kennedy Space Center and was the fifth manned lunar landing mission. The crew consisted of John W. Young as Commander, Ken Mattingly as Command Module Pilot, and Duke as Lunar Module Pilot. Apollo 16 was the first scientific expedition to inspect, survey, and sample materials and surface features in the Descartes region of the rugged lunar highlands. John Young commenced the then-record setting lunar surface stay of 71 hours and 14 minutes by maneuvering the lunar module Orion to a landing on the rough Cayley Plains. In three subsequent excursions onto the lunar surface, he logged 20 hours and 15 minutes in extravehicular activities involving the emplacement and activation of scientific equipment and experiments, the collection of nearly 213 lb (96 kg) of rock and soil samples, and the evaluation and use of Rover-2 over the roughest surface yet encountered on the moon.

Other Apollo 16 achievements included the largest payload placed in lunar orbit (76,109 lb or 34,595 kg); first cosmic ray detector deployed on the lunar surface; first lunar observatory with the far UV camera; and longest in-flight EVA from a command module during transearth coast (1 hour and 13 minutes). The Apollo 16 mission was concluded with a Pacific Ocean splashdown and subsequent recovery by USS Ticonderoga.