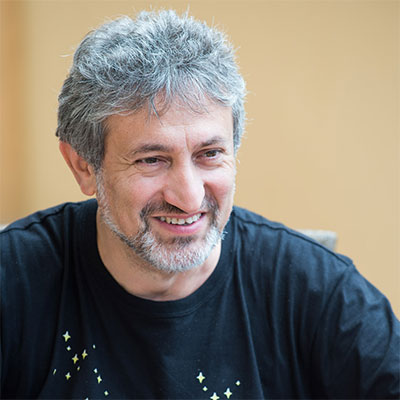 Dr Israelian, an astrophysicist at the Institute of Astrophysics of the Canary Islands (Spain), is the creative director and spiritual father of the STARMUS Festival. In 1999 he led a collaboration reported in the journal Nature that found the first observational evidence that supernova explosions are responsible for the formation of black holes. His research has led to several high profile discoveries published in Nature and other professional journals on topics such as extrasolar planets, massive stars and black hole binary systems.

Dr Israelian has spoken at dozens of professional conferences, including TED Global. He was awarded the 2010 Ambartsumian Prize for Astrophysics, Physics or Mathematics, along with Michel Mayor and Nuno Santos, for the studies of extrasolar planets and their parent stars.