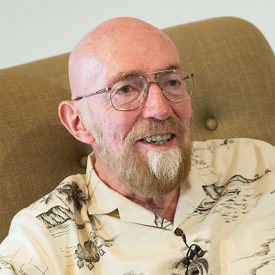 Kip Thorne is an American theoretical physicist and Nobel laureate, known for his contributions in gravitational physics and astrophysics. A longtime friend and colleague of Stephen Hawking and Carl Sagan, he was the Feynman Professor of Theoretical Physics at the California Institute of Technology (Caltech) until 2009 and is one of the world's leading experts on the astrophysical implications of Einstein's general theory of relativity. He continues to do scientific research and scientific consulting, most notably for the Christopher Nolan film Interstellar.

In 2017, Thorne was awarded the Nobel Prize in Physics along with Rainer Weiss and Barry C. Barish "for decisive contributions to the LIGO detector and the observation of gravitational waves".