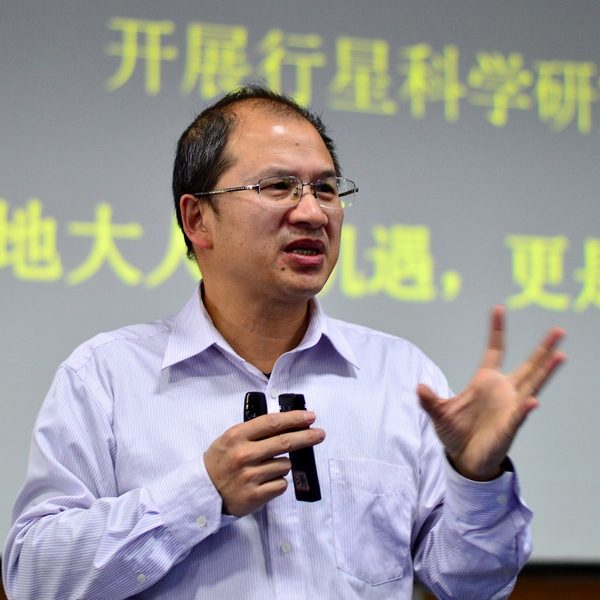 He used be a petrologist focused on studying large igneous provinces, mantle plume and granites. With increasing personal interest in planetary geology, he shifted his research interest to lunar and planetary science since 2006. He firstly created Planetary Science Institute and launched PhD program for Planetary Geology in China. In the past ten years, he has extensively involved in Chinese lunar exploration program, especially for scientific research of returned data from Chang’e-2 and Chang’e-3, landing site selection and characterization for Chang’e-4, Chang’e-5 and future lunar and Mars exploration programs.

As a leading planetary geoscientist and educator in China, he and his team have extended their research areas to most endogenic and exogenic geological processes of terrestrial celestial bodies.