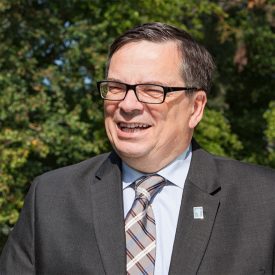 Barcons began his academic career at the University of Cantabria first as a teaching assistant and then as a lecturer until he took up a role of Senior Research Scientist at the Spanish Council for Scientific Research (CSIC) in 1993. In parallel (1986–87), he moved to Cambridge University in the UK as a postdoctoral fellow, and then returned there as a sabbatical visitor in 1997. He was promoted to CSIC Research Professor in 2002.

Barcons’s research has been focused on astronomy in X-ray wavelengths and, until the late 1990s, Quasi-Stellar Object absorption lines and the intergalactic medium. He has both participated in and led a number of research projects, some of which have provided the backbone for XMM-Newton surveys. His interests have unveiled obscured Active Galactic Nuclei (AGN) in the distant Universe, the evolution of the AGN population and the apparent mismatch between the X-ray and optical views of AGN.

In the late 1980s, he started the first X-ray astronomy group in Spain, which has partnered in many international collaborations and consortia. His group is now leading or engaged in various programmes that have obtained large amounts of observing time with a number of observing facilities (ESO, Gran Telescopio Canarias, XMM-Newton, Spitzer, WISE, ALMA) to better understand the nature of AGN and their relationship to galaxy formation.

Much of Barcons’ efforts have been directed towards pursuing large projects, beginning as a co-investigator with the XMM-Newton Survey Science Centre in 1996. He has actively pushed for large X-ray observatory missions including XEUS, IXO when it merged with NASA’s CON-X, and most recently, ESA’s Athena mission.

Before becoming ESO Director General, Barcons served with ESO in many different roles, including ESO Council President from 2012–2014. He has dedicated significant effort to help progress major ESO projects including the Atacama Large Millimeter/submillimeter Array (ALMA) and the Extremely Large Telescope (ELT), which was approved during his mandate as ESO Council President.