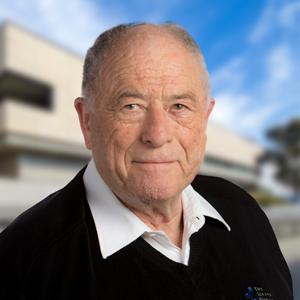 Kurt Wüthrich, Swiss scientist who, with John B. Fenn and Tanaka Koichi, won the Nobel Prize for Chemistry in 2002 for developing techniques to identify and analyze proteins and other large biological molecules. After receiving a Ph.D. in organic chemistry from the University of Basel in 1964, Wüthrich took his postdoctoral training in Switzerland and the United States. In 1969 he joined the Swiss Federal Institute of Technology, where he became a professor of biophysics in 1980.
In 2001 he joined Scripps Research Institute in La Jolla, California, as a visiting professor. In the early 1980s Wüthrich began devising a way to apply nuclear magnetic resonance (NMR) to the study of large biological molecules.
Developed in the late 1940s, NMR provides detailed information about a molecule’s structure (whereas mass spectrometry is better suited for revealing kinds and amounts of molecules). NMR requires placing a sample in a very strong magnetic field and bombarding it with radio waves. The nuclei of certain atoms, such as hydrogen, in the molecules respond by emitting their own radio waves, which can be analyzed to work out their structural details.