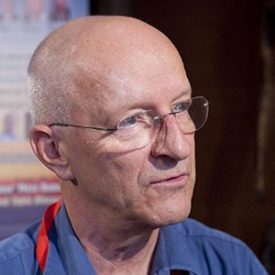 He served as mission specialist on four missions with four different space shuttles: Atlantis, Columbia, Discovery and Endeavour. He has received many honours and medals, including the IAF Yuri Gagarin Gold Medal. Nicollier installed the famous Wide Field and Planetary Camera 2 (WFPC2) on the Hubble Space Telescope. This camera was used to image the Hubble Deep Field in 1995, the Hourglass Nebula and the Egg Nebula in 1996, the Hubble Deep Field South in 1998 and many other important objects.