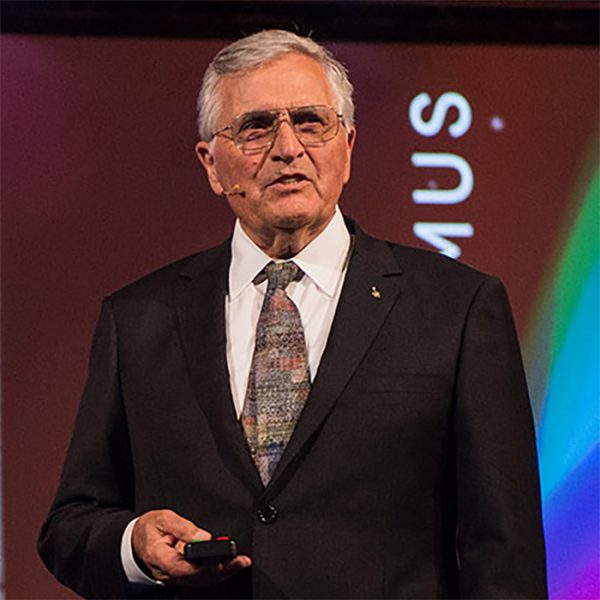 Harrison H. Schmitt grew up in Grant County, New Mexico. He graduated from the California Institute of Technology in 1957, and received his PhD in Geology from Harvard University in 1964. In 1965, NASA selected Schmitt as one of the first scientist-astronauts. As a civilian, Schmitt received Air Force jet pilot wings in 1966 and Navy helicopter wings in 1967, logging more than 2100 hours of flying time. Schmitt became the Lunar Module Pilot on Apollo 17 and, on December 11, 1972, became the last person to step on the Moon.

New Mexico elected Schmitt as its United States Senator in 1976, where he served a six-year term before entering the business world as an aerospace and earth science consultant. He has served on numerous corporate and non-profit boards and currently is Lead Director of the Orbital Sciences Corporation. Schmitt lives in New Mexico with his wife, Teresa Fitzgibbon, and a number of four-legged children. He continues to consult, write, and speak on matters of public policy, aerospace, and planetary science.