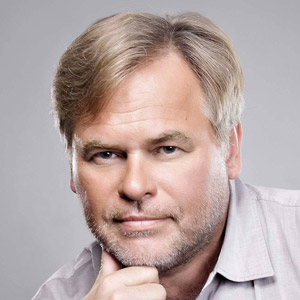 Eugene Kaspersky is a world-renowned cybersecurity expert and successful entrepreneur. He is the Chairman and CEO of Kaspersky Lab, the world’s largest privately-held vendor of endpoint protection and cybersecurity solutions.

Eugene began his career in cybersecurity accidentally when his computer became infected with the ‘Cascade’ virus in 1989. Eugene’s specialized education in cryptography helped him analyze the encrypted virus and understand its behavior and then develop a removal tool for it.

In 1990 Eugene started gathering a team of like-minded enthusiastic researchers to create the AVP Toolkit Pro antivirus program. Four years later the University of Hamburg recognized this as the most effective antivirus software in the world. In 1997 Kaspersky Lab was founded, with Eugene heading the company’s antivirus research.

Eugene holds an Honorary Doctorate of Science from Plymouth University, and was named as one the Top Global Thinkers by Foreign Policy Magazine in 2012.