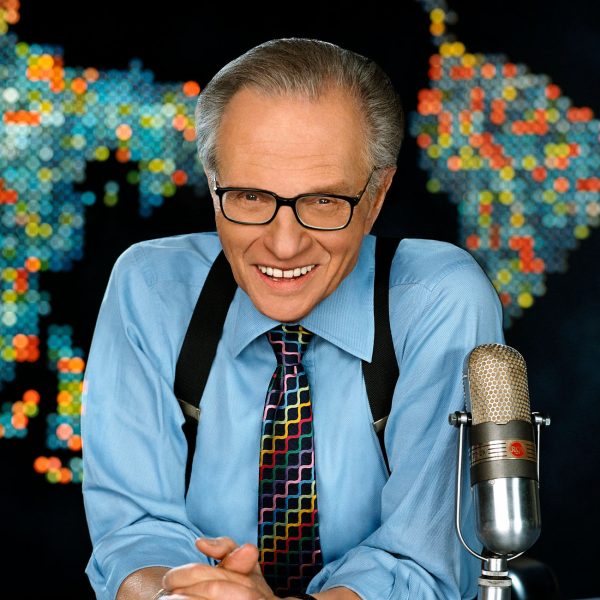 Larry King is a legendary, Peabody and Emmy award-winning broadcaster who has interviewed more than 50,000 people over the course of his almost 60-year career. In 2012, after 27 years at CNN, he partnered with Mexican businessman Carlos Slim to create Ora TV, a digital network and production company. King is currently the host of “Larry King Now” and “PoliticKING with Larry King,” produced and distributed by Ora TV.

King’s interviews made headlines – and sometimes history – with some of the biggest newsmakers in politics, business, entertainment, sports and religion.

In 1992, King won the Peabody Award for excellence in broadcasting. King has been inducted into five of the nation's leading broadcasting halls of fame and is the recipient of the prestigious Allen H. Neuharth Award for Excellence in Journalism. In September 2011, he was awarded a Lifetime Achievement Emmy from the National Academy of Television Arts and Sciences.

King has been a recipient of honorary degrees from George Washington University, the New England Institute of Technology, Brooklyn College, the Pratt Institute, University of New York, Columbia School of Medicine, among others. King has appeared in 29 movies and written 19 books.