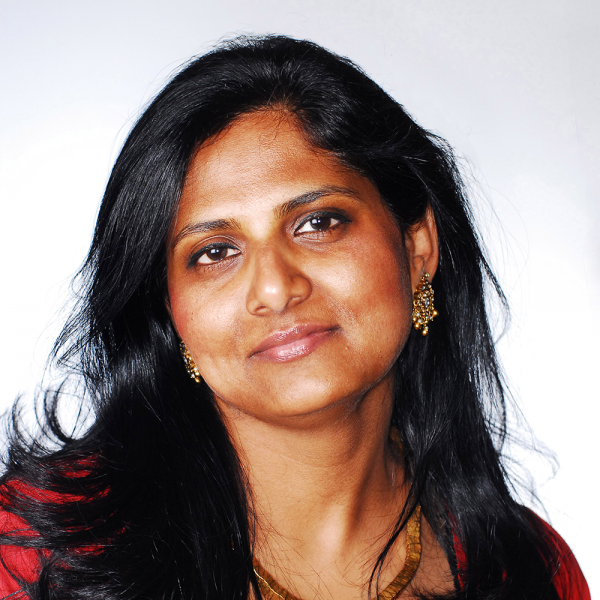 Priyamvada Natarajan is a theoretical astrophysicist at Yale. She is recognized for her seminal contributions to the study of dark matter and the formation and growth of black holes. She is a phenomenologist and uses gravitational lensing observations, the deflection of light rays by matter in the universe, to map the detailed distribution of dark matter. She works more generally on lensing tests of the theoretical predictions of the standard paradigm of structure formation. Another abiding interest has been the study of the growth history of black holes over cosmic time and, in particular, the formation of the first seed black holes. She has proposed and worked on models for the formation of massive black hole seeds, direct collapse black holes and their observational signatures.

Recipient of many awards and honors for her work including the Guggenheim and Radcliffe fellowships, she also holds the Sophie and Tycho Brahe Professorship at the Dark Cosmology Center at the University of Copenhagen, and an honorary professorship for life at the University of Delhi. A fellow of the American Physical Society, she is the incoming Chair of the Division of Astrophysics at the APS. Her work has been featured in numerous news outlets including the NPR, BBC, CNN, Washington Post, Wall Street Journal, ScienceNews, Scientific American, New Scientist, NOVA, National Geographic, Discover, and The New Yorker in addition to many websites devoted to science.

Born and raised in India, she received undergraduate degrees in Physics and Mathematics at MIT. After graduate training in the History and Philosophy of Science at MIT’s Program in Science, Technology and Society, she obtained her PhD in Astrophysics from the University of Cambridge, where she was elected fellow of the Trinity College. Aside from research, she is also deeply invested in the public dissemination of science, specially in illuminating how the scientific process works via the history of ideas to the curious public. Her own writing has been published in many outlets including CNN, Washington Post, and the Huffington Post. She is a regular contributor to the New York Review of Books and her first book, Mapping the Heavens: Radical Scientific Ideas that Reveal the Cosmos was published in May 2016 by Yale Press.