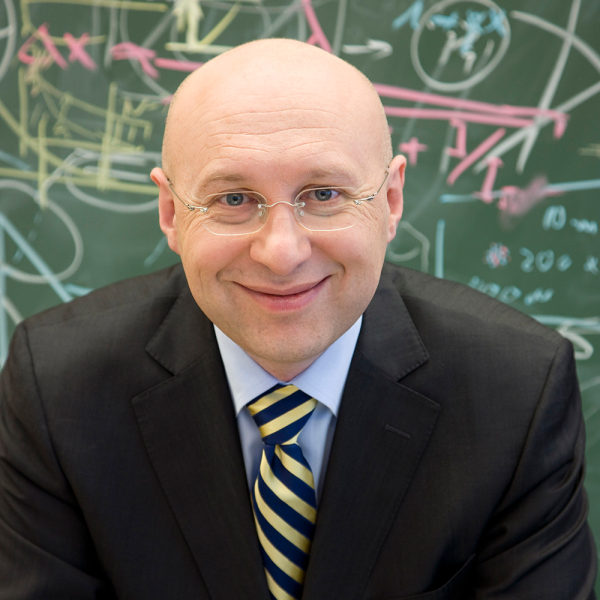 Stefan Walter Hell (born 23 December 1962) is a Romanian-born German physicist and one of the directors of the Max Planck Institute for Biophysical Chemistry in Göttingen, Germany. He received the Nobel Prize in Chemistry in 2014 "for the development of super-resolved fluorescence microscopy", together with Eric Betzig and William Moerner.

From 1991 to 1993 Hell worked at the European Molecular Biology Laboratory in Heidelberg, where he succeeded in demonstrating the principles of 4-Pi microscopy. From 1993 to 1996 he worked as a group leader at the University of Turku (Finland) in the department for Medical Physics, where he developed the principle for stimulated emission depletion STED microscopy. From 1993 to 1994 Hell was also for 6 months a visiting scientist at the University of Oxford (England). He received his habilitationin physics from the University of Heidelberg in 1996. On October 15, 2002 Hell became a director of the Max Planck Institute for Biophysical Chemistry in Göttingen and he established the department of Nanobiophotonics. Since 2003 Hell has also been the leader of the department "Optical Nanoscopy division" at the German Cancer Research Center (DKFZ) in Heidelberg and "non-budgeted professor" (apl.Prof.) in the Heidelberg University Faculty of Physics and Astronomy. Since 2004 he has been an honorary professor for experimental physics at the faculty of physics of the University of Göttingen.

With the invention and subsequent development of Stimulated Emission Depletion microscopy and related microscopy methods, he was able to show that one can substantially improve the resolving power of the fluorescence microscope, previously limited to half the wavelength of the employed light (> 200 nanometers). A microscope's resolution is its most important property. Hell was the first to demonstrate, both theoretically and experimentally, how one can decouple the resolution of the fluorescence microscope from diffraction and increase it to a fraction of the wavelength of light (to the nanometer scale). Ever since the work of Ernst Karl Abbe in 1873, this feat was not thought possible. For this achievement and its significance for other fields of science, such as the life-sciences and medical research, he received the 10th German Innovation Award (Deutscher Zukunftspreis) on November 23, 2006. He received the Nobel Prize in Chemistry in 2014.