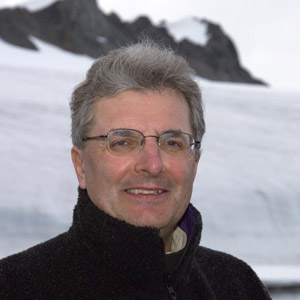 Chris Rapley CBE is Professor of Climate Science at University College London. He is a Fellow of St Edmund's College Cambridge, a Distinguished Visiting Scientist at NASA’s Jet Propulsion Laboratory, a member of the Academia Europaea, a Board member of the Winston Churchill Memorial Trust, Chairman of the European Space Agency Director General’s High Level Science Policy Advisory Committee, and Chairman of the London Climate Change Partnership.

His previous posts include Director of the Science Museum London, Director of the British Antarctic Survey, Executive Director of the International Geosphere-Biosphere Programme at the Royal Swedish Academy of Sciences in Stockholm and Head of the Earth Observation satellite group at University College London’s Mullard Space Science Laboratory.

His current interests are in the communication of climate science. With the playwright Duncan Macmillan he wrote and performed at The Royal Court Theatre in London the acclaimed play 2071 – The World We’ll Leave Our Grandchildren, available as a book published by John Murray.

Prof Rapley was awarded the 2008 Edinburgh Science Medal for having made “a significant contribution to the understanding and wellbeing of humanity”.