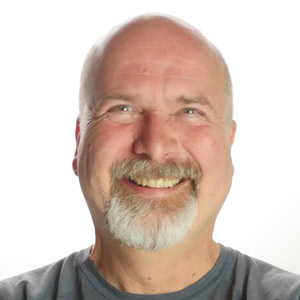 Daniel Hillis is the cofounder of Applied Invention, an interdisciplinary group of engineers, scientists and artists that develop technology solutions in partnership with leading companies and entrepreneurs.

Previously, he was Vice President, Research and Development at Walt Disney Imagineering, and Disney Fellow, where he developed new technologies and business strategies for Disney's theme parks, television, motion pictures, Internet and consumer products businesses. He is the winner of many awards, including the Dan David Prize.

An inventor, scientist, engineer, author, and visionary, Hillis pioneered the concept of parallel computers that is now the basis for most supercomputers, as well as the RAID disk array technology used to store large databases. He holds hundreds of U.S. patents, covering touch interfaces, forgery prevention methods, and various electronic and mechanical devices.

As a student at MIT, Hillis began to study the physical limitations of computation and the possibility of building highly parallel computers. This work led to the design of a massively parallel computer with 64,000 processors in 1985, called the Connection Machine. During this period at MIT, Hillis cofounded Thinking Machines Corp. to produce and market parallel computers. In addition to designing the company's major products, Hillis worked closely with his customers in applying parallel computers to problems in astrophysics, aircraft design, financial analysis, genetics, computer graphics, medical imaging, image understanding, neurobiology, materials science, cryptography and subatomic physics. At Thinking Machines, he built a legendary team of scientists, designers and engineers who later became leaders and innovators in multiple industries.

In 2005, Hillis and others from Applied Minds initiated Metaweb Technologies to develop a semantic data storage infrastructure for the Internet, and Freebase, an "open, shared database of the world's knowledge". That company was acquired by Google and became the basis of the Google Knowledge Graph.

Hillis has published scientific papers in journals such as Science, Nature, Modern Biology, Communications of the ACM, and International Journal of Theoretical Physics and has been an editor of several scientific journals, including Artificial Life, Complexity, Complex Systems, and Applied Mathematics. He has also written extensively on technology for publications such as Newsweek, Wired, and Scientific American.

He is the author of two books, Connection Machine and The Pattern on the Stone. He is a Member of the National Academy of Engineering, a Fellow of the Association of Computing Machinery, a Fellow of the International Leadership Forum, and a Fellow of the American Academy of Arts and Sciences. He is co-chair of The Long Now Foundation and the designer of a 10,000 year mechanical clock.